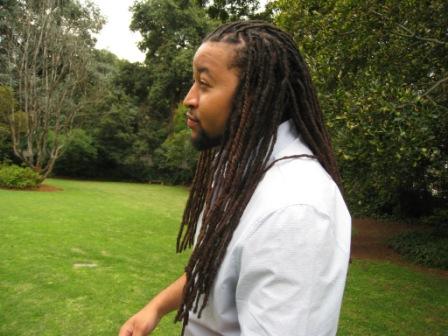 So I cut my hair. by Lionel Isaacs

0 likes
86 views
Comments So I cut my hair. by Lionel Isaacs Comments 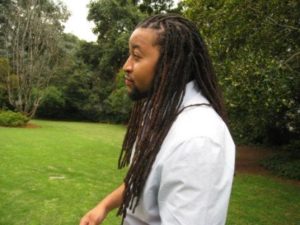 So I cut my hair.

I’ve had dreadlocks for six years. The last time I cut my hair was August 2001. Back then, I was a callow youth, preparing a new, uncut, full head of hair for cornrows, or canerows as my Caribbean sistren might say.

My decision to start my dreadlocks wasn’t quite as deep as some who know me might expect. It was the beginning of 2003, I was resuming my studies at Howard University after a year-long hiatus (another story entirely.) Happy as I was with cornrows, I was less enamored with the fortnightly braiding sessions. You see, one sister after another, just as they were about to start braiding my hair for the first time would say, “I hope you’re not tenderheaded, caus I pull hard..” In my confident youthful fearlessness, I would respond, “Don’t worry, you can’t be worse than the last girl.” And each time I would be painfully mistaken…

I have never enjoyed cutting my hair. I resisted having my hair cut throughout my life. I went from a child of exile in Washington DC actually coveting trips to the barber as opposed to the cost-saving, stylistically uneven home haircuts, to a newly returned child of exile in South Africa becoming increasingly suspicious of trips to the barber because of the local brothers inability to execute the then US black male hair staple, the ‘fade’.

With consistent results hard to come by, and my hair quickly returning to its nappy, bushy desired state, I remained in a sort of untamed nether-state: occasionally cut, but more often long enough to make combing daunting unless wet.

In high school, I discovered the blow-out, and began to experiment with an Afro. The girls at school weren’t overly impressed, and I may have succumbed to the greasy safety of the then popular S-Curl, were it not for the intervention of my friend’s older sister down the street who started twisting my hair.

Beyond its stylistic benefits, and the admiring glances of young ladies in my sphere of influence, my commitment to long hair deepened as it began to illicit the fury of school authorities, who were anti-dreadlock/cornrow/anything remotely ‘ethnic’ [huh?]

Having been forced to take Afrikaans class- while successfully managing to not actually learn it- and subjected to the hateful malice of the Christian* ‘brothers’ and ‘fathers’ who administered Sacred Heart College, I was overjoyed with any opportunity to spit in the eye of the oppressive and dictatorial scholastic regime. Seeing my grown out, twisted locks as a form of resistance, my commitment to long hair was strengthened.

So by the time I started my dreadlocks, it just felt right. Cornrows did feel subversive, a daily, living subconscious reminder of my struggling, resisting ancestors on the plantations of the US and the Caribbean, but I needed a change.

The beginning of my dreads coincided with the beginning of a new era in my life. I gave up studying business and began studying politics. I joined campus organizations. I went through rites of passage. I began to engage fully in the world of ideas for the first time in my life, inside and outside of class, and began to build relationships with brothers and sisters because of those shared interests and values. I began to define my worldview, and political ideology. I was constantly reading, thinking, arguing, learning. I became a leader. I sought out professors and elders to learn everything I could about Pan-Africanism, and African liberation, philosophy, history, and spirituality.

Having been reflexively anti-religion for most of my life, largely because of my experiences at Sacred Heart, I began to learn about Rastafari. For the first time in my life I found something approaching a spiritual home. Paradoxically though, I stopped smoking ganja almost entirely because I found it difficult to both smoke, and read required texts effectively. As I was committed to making the most of my remaining time at university, it was the ganja which had to be sacrificed.

Having matured a little, and become more conscious about who I was, who I wanted to be, and what kind of energy I wanted to put out into the world, this also became a new era as far as my relationships with women were concerned. While I was not a Catholic priest, I did develop a sense of the importance of relationships between black men and women, and tried to develop interactions that wouldn’t end in hatred or animosity, with mixed results.

In my younger days, through long and painful experience I had come to the conclusion that being a sensitive, heart-on-sleeve romantic was asking to be taken for granted, perennially in unrequited love. As a teenager, I quickly learned that while passivity and politeness may be appropriate for any number of personal objectives, successfully dating sisters who caught my eye was not one of them. Having tired of riding the bench, a summer spent with my cousins in Los Angeles (taking careful mental notes) laid the foundation for a complete transformation. My newfound swagger instigated an immediate change in fortunes, and laid the foundation for a far more successful period, having discovered the benefits of a more, shall we say, robust approach.

So while the past six dreadlocked years have not been completely devoid of [largely self-inflicted] drama, they have for the most part represented a time of consciousness and maturity.

I became a man.

As such, cutting my hair was a major decision. I didn’t really remember life before dreads (or ‘locks’, as sisters like to say, dripping with sensuality.) It took me months of thought and reflection to disentangle the meaning of my hair from my conception of who I am.

In a Samsonesque way, my hair had come to symbolize my power. Spiritually, it was one of the pillars of my faith. Having never been the most meticulously observant Rastafarian- I never saw the need to give up meat entirely- I took solace in my commitment to my dreadlocks, which was solid as a rock. I never thought twice about the implications of entering the work place with dreadlocks, for me it was a badge of honor to unapologetically take my identity and culture with me into any and all spaces. Let others deal and adapt. When I enter a room, I am who I am, the Lion is here.

Some may scoff at my allusions to difficulty, considering the steady increase in people with locks, which have become quite fashionable and accepted. A fair point, which is why I was always more concerned with keeping my dreadlocks healthy and clean, disdaining the constant twisting and primping of the ‘salon loc’ brigade. While it would be a lie to say I was devoid of vanity, for every sister who admired and appreciated my natty dreadlocks, there was a sister who dismissed me completely for not being clean-cut. I was comfortable with that though. It was just another way for me to know if someone was meant to be in my life or not. For me, to dread is to be in my most natural state. If a woman will not accept me with dreads, she will not accept me.

So it took some soul searching to get to the point where I could cut my hair. I had to interrogate myself to make sure I was not doing it for the wrong reasons. Wrong reasons being, among others: unconsciously succumbing to the required rhythm of the clean-cut Western-modern aesthetic; being too lazy to do the necessary maintenance; allowing the weakening of my Rastafari-inspired commitment to always represent my natural self.

As I took tentative steps to the edge of the cliff, I would hesitate when a sister would affirm ‘Your dreads are so long!’, or ask me how long I’ve had them, I had to discipline myself to put pride, and useful conversation starters aside, and focus on the matter at hand.

I chose to cut my hair because I wanted to begin a new era. My hair had been there when I was an immature, occasionally young man, at turns bold and awkward, trying to find his way in the world, barely conscious of who he was, barely suppressing his impulses to love, resist, subvert, revolt. My hair grew with me, at first tentatively, and then progressively faster and gloriously, as knowledge begat more knowledge, and I matured into a man, conscious and purposeful, serious, playful and fierce, focusing rather than suppressing my impulses to love, resist, subvert and revolt.

For me, cutting my hair was the start of a period of austerity, discipline and reflection.

It was a chance to destroy and rebuild.

It was the end of an era.

It is a new beginning, no more, no less. 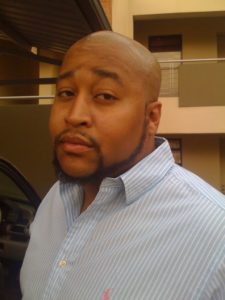 * If to be Christian means to aspire to be like the Jesus Christ, who I always understood as being defined by benevolence, kindness and love, I can only say based on my treatment at their hands, that the ‘brothers’ and ‘fathers’ of Sacred Heart College were decidedly unChristian.

3 comments for “So I cut my hair. by Lionel Isaacs”

A lion turned 40 yesterday. Call me Bhut'omdala. Grateful for life and the love of family and friends. Let's keep building ✊🏽

I find myself in the invidious position of having to come to the defense of the New York Times, a newspaper I stopped reading regularly after 9/11, when they started running lifestyle articles justifying torture.

It is done. Yesterday I was conferred with the degree, Master in Public Administration by the President and Fellows of Harvard University. Now I cannot wait to return home and make my contribution to South Africa's development. Amandla!
#HKSGRAD2022 #MPA #IndodaWezincwadi

Questions for the people who are scared of becoming a minority: Why is that? Are minorities treated differently?