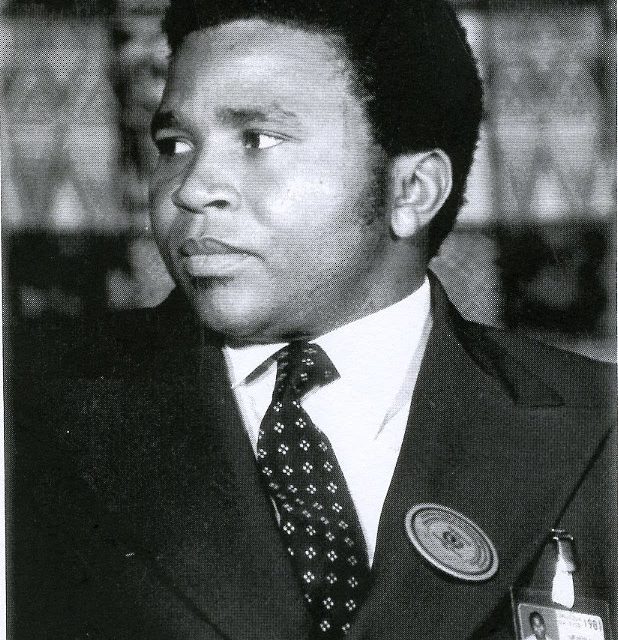 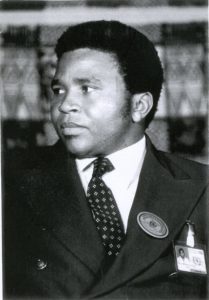 Delivered by Lionel Isaacs at the funeral in Pietermaritzburg, KwaZulu-Natal on September 19th, 2009.

Henry Isaacs was born on March 21, 1949, after Rachel Isaacs, he was the second child of Norman and Hester Isaacs. He grew up in Raisethorpe and later Woodlands here in Pietermaritzburg, a place he loved deeply, and despite having travelled throughout Africa in Liberia, Senegal, Sierra Leone, The Gambia, Ghana, Nigeria, Guinea-Conakry, Kenya, Ethiopia, Tanzania, Botswana, Swaziland, Zambia, Zimbabwe, Australia, New Zealand, Asia, the Middle East, the United Kingdom, North America, the Caribbean and Latin America, it was in Pietermaritzburg where he absorbed the values of responsibility, discipline, perseverance, ubuntu, and honesty to principle, that would define him throughout his life.

Having lost his mother at the age of 11, along with his older sister Rachael, as the eldest boy, he took responsibility for helping care for and look out for his younger siblings Norman, Derek, Malcolm and Lynette. Their unconditional love and support, and fierce loyalty to one another has been a hallmark of his life, a well of strength which he drew from during his long days away from them for study, struggle, and exile.
Henry inherited from his mother a love for learning, and read voraciously, taking advantage of his older sister Rachael’s access to the library to read as many books as possible.
He entered Alston High School on Greyling Street in 1963, where he participated fully in student activities, playing soccer, cricket, and leading the debating team. At this early age, Henry exhibited the discipline and purpose which would echo throughout his long and eventful life. In his own words:

I was never tempted to engage in the experimentation in which many adolescents indulged, a fact that was attributed to my own strict upbringing and also my personal goals: I was determined to achieve something in life, to be recognised for my ability and to be of service to the community.
I was determined that I would not uphold what appeared to be a tradition in Pietermaritzburg, to leave school after obtaining a junior certificate in order to go into apprenticeship in one of the building trades. I decided that I would be a lawyer because, in my youthful idealism, I thought that I would be able to fight against apartheid and simultaneously serve the community.

He would soon get his chance.
After graduating from High School in 1966, the only person in his class of five to achieve a university exemption, Henry could not afford the fees for university, and went to work to save money with the goal of entering university in February 1968.
Having saved some money, supplemented by his father and a scholarship of 150 rands a year for three years from the Pietermaritzburg City Council, he entered the University of the Western Cape in 1968 as envisioned.
After living in the residence hall for two years, he boarded at the home of Mr. Arthur Abrahams, his wife Aunty Minnie, and their family. Their eldest daughter Edna was a fellow student at the university. My father cherished his relationship with the Abrahams family, whom he considered a second family, along with their neighbors the Beukes’ and it is with sadness, but also gratitude, appreciation, and happiness that I welcome them here today. Gratitude because this second family sheltered and protected Henry, when he attracted the scrutiny of the university authorities and security police because of his activities as an outspoken SRC President and a Black Consciousness Movement leader as a founding member of the South African Students’ Organization, the organization formed by the black caucus of NUSAS, who broke away to speak for themselves and determine their own problems, solutions, and destiny.
His time at UWC was spent studying, playing soccer, and organizing protests, and speaking out against the unjust second-class education received by Blacks in South Africa, as well as building SASO structures, and promoting the liberation vision and ideas of Black Consciousness on university campuses and in communities throughout the Western Cape, Eastern Cape and KwaZulu-Natal.
As a result of these activities, the security police surveiled, followed, investigated and interrogated him. Bold and confident in his convictions, he refused to bow to fear. Here’s how he recalled one interrogation:

At about 10:00 a.m. an elderly African man brought a cup of tea on a tray for the officer. “Why do you make tea for these pigs?” I asked him. Astonished, he looked at me, then at the officer seated behind the desk. Before either of them reacted, I went on the offensive: “Let me talk to you about freedom,” I said to the black man. He smiled superciliously. The officer said, “This is not SASO’s indoctrination school (sic!) where you agitators teach people to stir up trouble.” “He is a black man, misguided, but nevertheless oppressed and exploited, so I have an interest in talking to him,” I retorted.

For fifteen minutes I talked to him (and he listened impassively) about the situation in the country, about black oppression and degradation at the hands of whites, about the efforts of the older then banned organisations, ANC and PAC, and their leaders, in the struggle for freedom. I informed him about SASO, its objectives, and emphasised the importance of involvement by all black people in the struggle for liberation. In conclusion, I expressed the hope that he would cease to make tea for “pigs.” Without saying a word the black man smiled, then made his exit. The officer who watched me intensely throughout the fifteen minute lecture was livid with rage: “Do you know where you are?” he asked. “Of course, I do!” I replied and enjoyed to
see him restrain himself with much difficulty.

Along with others of his generation, I honour HE for
• His ability to conceptualise and articulate a vision for an alternative future for the black majority in our country;
• His credibility and persuasiveness resulting in the mobilisation of student masses and communities around the country;
• Hs leadership in the structures supporting this Movement;
• His eloquence;
• His mastery and creativity at evading the security police and working and moving under their noses undetected; and,
• His courage, and often copious dosages of youthful arrogance and downright ‘bloody-mindedness’, which I might add was very necessary at the time.
What is even more remarkable is that it played itself out in the late 60’s and 70’s when the Apartheid state was extremely brutal, leadership imprisoned for life on Robben Island or banished into exile, serving banning orders and others killed. HE was a remarkable and courageous young man.
HE was serious a scholar and a brilliant soccer player. The latter in particular earned him the adoration and hearts of many a young woman, and may I add, rumour has it this ‘attribute’ in itself could span a several chapters on a book! I thought I should share something on a lighter note because as we grow older, one acquires the wonderful gift of accepting and laughing at the follies and foibles of our youth.
It is ironic that HE passed on 12 September the same day on which the Apartheid regime killed Steve Biko in 1977. It is a strange coincidence that these two men who shared the Black Consciousness and SASSO platform (which they in many ways were the architects of) entered the portals of the ‘Place’ where their souls now rest, on the same day. I am confident that:
• They have an established ritual, if not a National Executive Committee, welcoming all new arrivals at the ‘Place’ and that HE was warmly welcomed by Steve: a bear hug, a solid locking of hands and fingers as only Bro’s do, and a warm chuckle.
• Soon after HE ‘checked-in’ he would have found a quiet corner (if such spaces are available in the ‘Place’)with Steve and that for the past few days they have been engaged in a robust intellectual debate about this coincidence around them both falling on 12 September. And of course a comparative analysis between what’s going down in our country and the world in relation to the world they envisioned.
• Should the ‘Place’ have a practice of Commencement Day Celebrations, Steve and HE will be the main speakers at the 12 September event.

The ancestor
When I think of my father, I think of a man who taught me about respect and deference to one’s ancestors. Father, now that you have gone to the next world to become an ancestor, I ask you to intercede with the Almighty on our behalf, when we are deserving, that we may have favor as we go about trying to improve the lives of our families, communities, and countries. Intercede on our behalf as you have asked your ancestors to intercede on your behalf.
I pray that you are at peace, reunited with your mother and father, brother and sister, and all the rest of your family and friends who have gone before you.
Be at peace father, because your work is done. You have made great contributions to your family, your community, and your country. You have four children to whom you have left a rich legacy.
You did not live to see your country fulfill its promise. It hurt you to see the poor, the vulnerable and the marginalized, people unable to fully enjoy their political freedom. It hurt you to see people brutalized, raped and murdered, every day, because of the violent disrespect for life and human rights, which has taken root in our society. It hurt you to see people who do not have access to decent housing, food, education, and health care, in a society as wealthy as ours. It hurt you to see these things, but these are not your challenges dad, these are our challenges.
In your life’s work you have left us all the lessons, tools, and inspiration that we need to overcome these challenges. It is our turn to pick up the torch, make the hard choices and sacrifices, and do our bit for family, community and country.
Thank you dad, for everything.
Siyakuthanda baba. Uhambe kahle. Sizokukhumbula.

They are not "weaknesses" sir. A weakness is not keeping time, constantly forgetting your keys! A crime syndicate bringing a country to its knees, neglecting infrastructure, appointing unsuitable people to crucial roles and not taking accountability is not "weaknesses!" https://twitter.com/CyrilRamaphosa/status/1479772463290630148

These weaknesses were reflected in the results of the Local Government Elections in November 2021.

'Youth' as a demographic category should end at 21. We are the only people in the world who at 34 talk about, 'This is my last year as youth.' Nonsense!

Don't know why media houses love this word. Really needs to be exorcised from our public affairs parlance

The only choice for Ethiopia and ‘all’ her people is either live together in Peace or break into Pieces! #Ethiopia https://www.washingtonpost.com/world/2021/12/30/ethiopia-abiy-tigray-war/